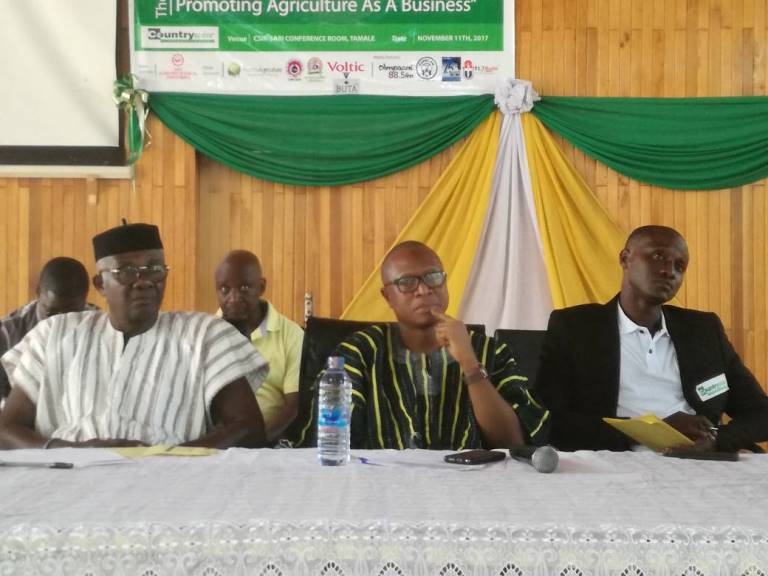 Seasoned practicing journalists in the three regions of the north particularly those highlighting agricultural issues are potential awardees.

Executive Director of Countrywise Communication, Raymond Vuol, at the official launch in Nyankpala, said the upcoming event is on the theme, “The Role of Journalists in Promoting Agriculture as a Business.”

According to him, the event’s overall objective is to recognize, honor and motivate hardworking development Journalists in the Northern, Upper East and Upper West Regions.

“The agriculture sector is the main sector that employs majority of people, but sadly issues of agriculture and farmers welfare have been pushed to the backburner by various media organizations and Journalists.”

“The trending interest of Journalists and the media has drifted towards sensational stories, partisan politics, conflicts and so on. It is not surprising therefore that the agriculture sector recorded negative growth a few years ago.”

“The Harmattan Award scheme is seeking to encourage journalists to develop and renew their interest in development and agribusiness reporting with the ultimate aim of improving the welfare of smallholder farmers,” Mr. Vuol emphasized.

He implored Journalists to be mindful of ethical standards and desist from sensationalism.

“We should not allow the public space to be filled by banter journalism. A development Journalist has a responsibility to go out to seek the real facts and put it out without necessarily being partisan, without necessarily being overbearing on the issues at stake, but only seeking to bring out the facts on the ground for the majority of people to appreciate what it is.”

Alhaji Issahaku Alhassan stressed his point, saying, “I would like to encourage those Journalists that are involved in it not to be despaired by the fact that they might not have received the desired attention or desired reward in terms of finance. At the end of it, it is that development journalism that they’re engaged in that will make the difference as far as society is concerned.”

He further encouraged Journalists to unearth the numerous potentials that exist in Northern Ghana.

Criterion
Stories to be considered will focus on the agriculture value chain including production, mechanization, value addition and market linkage among others.

Originality, structure and quality of writing or broadcast stories will form the basis for the mode of selection for the awards.

The panel will also consider creativity, relevant interviews and quotations used to embellish their stories.