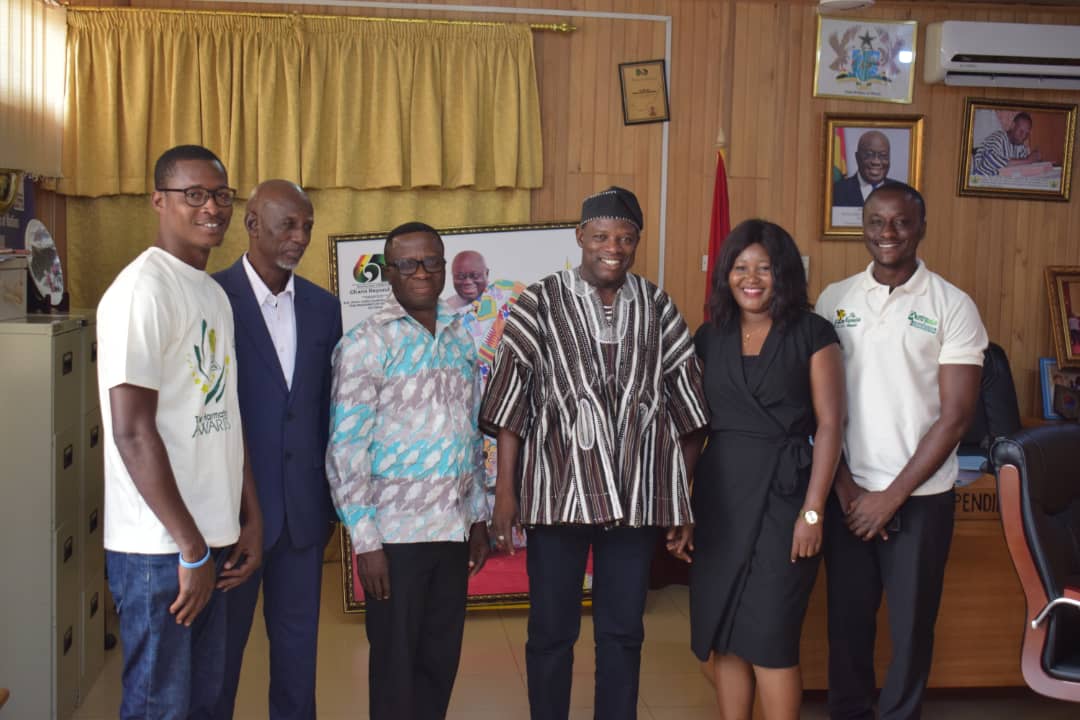 The Northern Regional Minister Salifu Saeed has commended Countrywise Communication Ghana for initiating programs and award schemes to motivate journalists in the region.

Hon Salifu Saeed said the northern region has a lots of potentials that has to be projected to the rest of the world.

He challenged the team to look at putting spotlight on the positives of the north to woo investors.

The Northern Regional Minister made the commendation when a team from Countrywise Communication Ghana paid a courtesy call on him at his office.

The team led by a board member of Countrywise Communication Ghana and a system agronomist with CSIR-SARI, Dr. Wilson Dogbe, was to officially introduce the organization and its activities to the Minister.
Dr Dogbe also hinted the minister of the 2nd edition of the Harmattans award, emphasizing that the awards scheme seeks to encourage and motivate development journalism especially in the agricultural sector in the three regions of the north.

He said, Countrywise Communication Ghana is a social enterprise focused on bringing social and behavioral change to society by producing high quality video, translating them into local languages and screening them in rural communities in the northern part of Ghana.